Partisans of Vilna to screen at the Washington Jewish Film Festival

We are excited to announce that Partisans of Vilna will be screening at the Washington Jewish Film Festival on April 25th! The producer, Aviva Kempner, will be in attendance for a Q&A.

Partisans of Vilna to screen at the Arsenal - Institute for Film and Video Art in Berlin, October 1st through November 9th.

The Ciesla Foundation is proud to announce that Paritsans of Vilna will be playing at the Arsenal - Institute for Film and Video Art Collection in Berlin with a Q and A with director, Aviva Kempner, on October 31st! Click here for more information.

An enormously riveting and inspirational tale of WWII and the Holocaust, Partisans of Vilna chronicles the amazing endeavors of the Jewish resistance fighters. Highly acclaimed during its theatrical run, the film has been described as "a stirring, extremely honest and heart rending celebration" (New York Magazine). Elie Wiesel called it "Enlightening, truthful, challenging, heartbreaking... one of the best and most eloquent documentaries on the suffering and dilemmas Jews faced."

Directed and edited by Josh Waletzky (Image Before My Eyes) and produced and conceived by Aviva Kempner (The Life and Times of Hank Greenberg and Yoo-Hoo, Mrs. Goldberg), Partisans of Vilna skillfully blends songs, newsreel and archival footage with interviews of over forty Holocaust survivors to paint an eye-opening portrait of the courageous Jewish resistance in Vilna, the capital of Lithuania. Recounting how a commando unit was formed under tremendous risk to conduct sabotage missions against the Nazis, the film explores the moral dilemmas facing the Jewish youth who organized an underground resistance in the Vilna Ghetto and fought as partisans in the woods against the Third Reich.

More than just a record of great historical importance, Partisans of Vilna is an intensely stirring and uplifting commemoration of heroes during the darkest of times. In the over 25 years since its initial theatrical release, Partisans of Vilna has became a vital part of the historical record of Jewish resistance in Lithuania. Many of the heroes who were interviewed in the early 1980s for the film have since passed away, but their words and deeds live on in Partisans of Vilna.

In the producer's words... 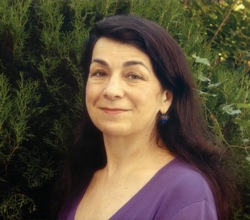 Listen to Aviva Kempner talk about why she had to make Partisans of Vilna in this audio clip, recorded on the occasion of the DVD release in 2007.